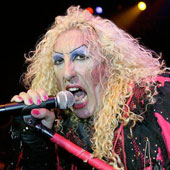 "While Dieter Dierks is a brilliant producer, having put together some of the greatest rock/metal albums, even more impressive is that he is truly a musician's friend. He understands the creative process and the needs of the artists, and goes out of his way to create an environment that will help creativity flow. Nothing shows this more than the construct of the legendary Dierks studio. Built "out back" of his childhood home (with his mother still living there as of the 80's), so much thought was put into every detail of the studio in an effort to offer artists a truly comfortable, creative and inviting environment in which to work. Unfortunately, Twisted Sister never got to record there, but I remember during a much needed break from a long tour, Dieter invited the entire band to come and stay in his beautiful studio residences and took to the time to entertain us the entire time we were there, helping us to recharge our batteries before heading back out on the road. Dieter is a true friend and an amazing talent”.
Dee Snider (Twisted Sister) 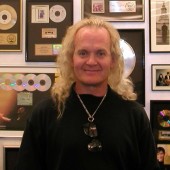 ”Dieter Dierks – a visionary, a perfectionist, a genius, an engineer, a producer, a mentor. His name alone is synonymous with all that is exemplary in the entertainment industry, bridging and connecting the audio and visual arts, and taking them to new levels, to where they must go in the future. I am honored to call him a friend, and fortunate to know, that with him involved in the art and science of media, we are, all of us, on a journey that will continue to become more and more amazing each and every day”.
Michael Prince (sound engineer of Michael Jackson, composer) 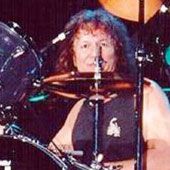 ”Neither I, nor anyone in the band realized it, but Dierks would become just as important to the Scorpions as any of the more public members. A producer, a good one, is perhaps the most vital element in the development, production and sound of a group. (...) Dieter was the right man in the right spot for the Scorpions. As his influence grew within the group, so did our sales”.
Herman Rarebell (Schlagzeuger, Komponist, Bandleader)
(aus: Herman Rarebell, ...And Speaking of Scorpions, S.56/57) 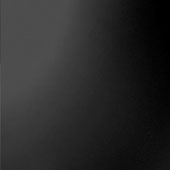 ”One must remember also, that Dieter is a man full of humour and he loves practical jokes. I remember a lunch at an Asian place on Hauptstraße. When the food was served, I took just a little taste before going ahead. I said to Dieter that I feared it would be too spicy. But Dieter (who had something less spicy on his plate, of course) just said "I can recommend it" as I went through the ceiling with a burning head...”
Roffe Persson (publisher)

”Shortly after I became President of Mercury Records in 1979 the brilliant and tasteful A&amp;R exec Cliff Bernstein compelled me to sign The Scorpions who were available for North America. – I did and it began a wonderful relationship with the amazingly talented Dieter Dierks which continues to this day. Regrettably, shortly after our happy contract-signing photo we were at war. Unfortunately, we received the typically creative Hypnosis LP cover art for our initial release “Lovedrive”. It featuring a couple in the rear seat of a Daimler with the man in dinner attire looking straight-forward while stretching a wad of gum from the unadorned breast of his female companion. Absolutely impossible to market at general retail in the US in 1979. – Dieter was brilliant in initially fighting for his artists’ position but smart enough to relent when he realized that we’d lose enormous sales if we couldn’t get positioning beyond Tower Records. Fortunately we had prepared for the worst and had designed an alternate album cover. Not great but we were ultimately able to regain in-store positioning. Certainly lost a couple of hundred thousand in sales but regained critical momentum for the band. – Over the years I’ve heard many of Dieter’s productions from his superb studio and all – from heavy metal to solo female vocalist – reflect quality”.
Bob Sherwood (music industry veteran)

”Dieter Dierks’ record as producer is exemplary and his entire body of work attests an extraordinary alchemy between creativity and technique. Dieter is also a entrepreneur and as such I experienced the energy he developed to convince the record industry to use DVD+, at the time, a new tool combining sound and image… The industry remained deaf to that suggestion – and to its own evolution! I am honored to have been able to be a partner and represent some of Dieter Dierks’ productions in our territory”.
Jean Davoust (publisher) 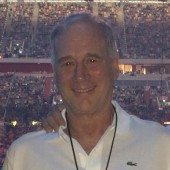 ”The thing about Dieter is, he’s always way ahead of everyone else. In technology. In art. In life”.
Paul Gongaware (Co-CEO AEG Live/Concerts West)

”I have known Dieter since 1979 when we first met and he asked me to represent him with respect to negotiating a recording agreement between Mercury Records (subsequently re-named Polygram Records and now part of the Universal Music Group) and his Company, Breeze Music for the Scorpions.  Since the very first time we met, there was a great bond between Dieter and myself on both a professional as well as personal level. Over the years, I not only worked closely with Dieter on a number of projects as his attorney but both I and my family had the great privilege on spending time with him when he visited New York City.  I also had the opportunity to visit Dieter at his studio either on my own or together with U.S. senior record company executives who wanted to meet Dieter personally and also check out his amazing studio. I also had the privilege of meeting Dieter's mom while at the studio and she was extremely warm and gracious to me  (in addition to being a great cook).Dieter is a great talent, professional, business person and most of all, a true friend”. 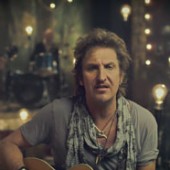 Dieter Dierks picked me up at Cologne airport in his Ferrari 512 BB. I knew of his reputation as the one and only German Rock producer with a set of incredible musical ears and a skill for paving a talent’s road with fame and fortune. Covered by the roaring sound of the – what? – 12 cylinder 512 BB heart, we tried to listen to my cassette with demos of my new rocking outfit with no name yet. He must have liked it. After that Dieter took us in and changed my life in many ways. He became my producer, godfather, patron, musical coach, spiritual guru and more a caring father figure than, let’s say – a brother that I never had.

I had been a professional musician for already 15 years and believe me, been around the universal block a few times. But it took Dieter’s heartfelt lectures that changed me from a talented druggy whipper snapper into a somewhat “serious” muso and song writer. Doubt-less Dieter has the greater vision that we weren’t able to comprehend for some and many times. My advice – if you recognize a genius – a little civil disobedience can be healthy, but at the end of a day, in a nutshell, trust him unconditional.

Working with him was such a pleasure and his wonderful good vibes studio became our home for at least a couple of years. We lived, worked, cried, laughed, rocked and celebrated under his roof. Wanna know? – I miss those days. Since then I worked with many a great producer, be it Bob Clearmountain, Robert Palmer or Larry Campbell, but somehow and without comparing them in all their own ingenious ways – Dieter rules in a different hemisphere.

You will not hear “ I’m not worthy” from me – but I take my hat off and, much obliged, hope that our paths will cross and we will work together again sometime soon. 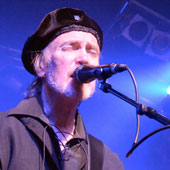 We had nothing like a production scene in Gewrmany in the late Sixties– there was no one except Conny Plank and Dieter Dierks.

This website uses cookies to improve your experience while you navigate through the website. Out of these, the cookies that are categorized as necessary are stored on your browser as they are essential for the working of basic functionalities of the website. We also use third-party cookies that help us analyze and understand how you use this website. These cookies will be stored in your browser only with your consent. You also have the option to opt-out of these cookies. But opting out of some of these cookies may affect your browsing experience.
Necessary immer aktiv
Necessary cookies are absolutely essential for the website to function properly. This category only includes cookies that ensures basic functionalities and security features of the website. These cookies do not store any personal information.
Non-necessary
Any cookies that may not be particularly necessary for the website to function and is used specifically to collect user personal data via analytics, ads, other embedded contents are termed as non-necessary cookies. It is mandatory to procure user consent prior to running these cookies on your website.
SPEICHERN & AKZEPTIEREN